Few books have affected the world the way Stephen Covey’s Seven Habits of Highly Effective People. Published in 1989, the book caused some sort of cultural revolution. It introduced a fresh perspective towards productivity and wholesome living that had not been seen before and is, perhaps, currently unmatched even right now. Little wonder it stayed atop the New York Times bestseller list for a record 250 weeks.

It also catapulted Covey to fame, establishing him as a sought-after speaker and management coach. Remarkably, Covey had written other books before Seven Habits and even wrote several others after its publication. However, none of his works matched the fame the book garnered. This begs the question: what was it about Seven Habits that has made it special? 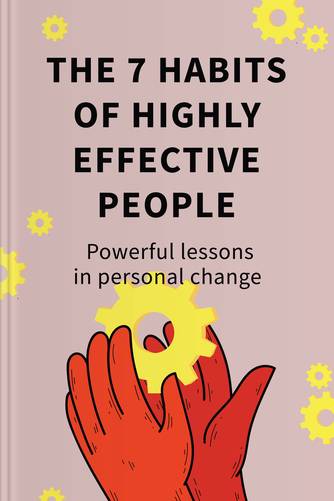 The 7 Habits of Highly Effective People

In this article, we look at the man Stephen Covey. We trace a path from his early years to writing the book and the profound changes his life witnessed afterward. Finally, we take a brief look at the book itself. Bear in mind that what we have here is like a teaser. You will not be able to have a full grasp of the book except you read it. Of course, and understandably, you may lack time to dedicate to reading the book. In that case, you can take up an offer from the Headway Library. The Headway app has a succinct 15-minute summary of the book.

Stephen Covey’s is a story of little beginnings that morphed into something grand. Born in 1932 in Lake Salt City, Utah, Covey grew up in a predominantly religious household. His family was part of the Jesus Christ of the Latter Days Assembly and frequently worshipped there. In fact, years later, Covey would travel to the UK for a missionary assignment under the aegis of the Mormon church.

Young Covey had ambitions of going into athletics. However, this dream was cut short when he was diagnosed with slipped capital femoral epiphysis. He then decided to explore debating and public speaking. He graduated from the University of Utah, obtaining a Bachelor of Science Degree in business administration. He subsequently obtained an MBA from Harvard University.

Between 1970 and 1989, Covey wrote several books, established the Covey Leadership Centre, and took up quite a number of key management positions. In 1989, he published the Seven Habits of Highly Effective People.

Seven Habits has since gone on to critical acclaim. As mentioned earlier, it was on the New York bestseller list for a record 5 years. It also garnered several firsts, including being the first non-fiction audiobook to have more than one million sales. The book has penetrated almost every corner of the world and has been translated into no less than 38 languages and counting.

As for Covey, Times Magazine recognized him as one of the 25 most influential Americans in 1996. In 2003, he was the recipient of the Fatherhood Award from the nonprofit organization The National Fatherhood Initiative, and in 2009, shortly before his death, he was inducted into the Utah Valley Entrepreneurial Forum Hall of Fame. He was invited to Camp David by the then president of the United States, Bill Clinton, in 1994. After conversing with him, the former president lauded Covey’s principles, endorsing them for rapid development of any sphere of human development.

The Seven Habits of Highly Effective People is a self-help book that entrenches the idea that a change in a person’s life choices can affect the quality of their lives. It enumerates and discusses seven habits/values that individuals can inculcate and imbibe for productivity.

Covey makes a distinction between personality ethic and character ethic. For him, the latter is an indispensable factor for success. The nature of the habits and values of a person determines how successful they become—as opposed to personality traits like influence, popularity, etc.

In this article, we’ve highlighted our three favorite habits from Stephen Covey’s bestseller. Find out all of them in the summary of The Seven Habits of Highly Effective People on the Headway app.

Viewing relationships from the lens of cooperation and not competition is a habit that can be nurtured. It requires that you always work with the mindset that mutual benefit for all is a worthy-enough goal to pursue. To cultivate this, begin by working on your character. Understand that a win for someone may not necessarily entail a loss for you. Furthermore, you need to develop trust, mutual respect, and affection in your relationships. Finally, you must be deliberate about helping everyone around you come to this understanding. Your friends, family, and folks should quickly develop this mindset, too.

“Until a person can say deeply and honestly, “I am what I am today because of the choices I made yesterday,” that person cannot say, “I choose otherwise””

According to Covey, the quality of one’s life is the summary of the choices one made. A realization of this ought to expose anyone to the idea that they are in charge of the direction their life takes. Thus, such an individual needs to be proactive, making the only point towards the person’s life goals.

Here Covey unveils the different areas of self-development to pursue. These include the physical, through exercises and good nutrition;  the spiritual, through study and meditation; the mental, through reading, visualizing, and writing; and the social through synergy and mutual interactions. These cover the main touchpoints for development as a well-rounded individual.

Stephen Covey gifted the world an inestimable treasure when he wrote the Seven Habits of Highly Effective People. People from all walks of life have experienced an improvement in their levels of productivity, relationships, and even personal lives simply by following the precepts Covey taught. This article is a celebration of the man’s life work. If you do not have a copy of this book, you really ought to. Again, the Headway library has a succinct summary you could quickly flip through.

The 7 Habits of Highly Effective People

The 5 AM Club: waking early and taking the day