A bookshop is a fun place to be, as every book lover will tell you. In that space, there are different sectors with different books, all housing within them the promise of other worlds and experiences. However, people who visit book shops tend to overlook a crucial fixture in the landscape: the bookseller. This positions booksellers to actively keep tabs on shoppers, noting mannerisms and quirks that can be deeply insightful.

Imagine what it would be like to have a bookseller share their experiences regarding the different people they meet in their everyday activities. That exactly is what Shaun Bythell did. In Seven Kinds of People You Find in a Bookshop, he draws from his many years running his bookshop and shares quips, anecdotes, and lessons he’d learned from different customers over the years.

Bythell’s book is a bulky read, so this article condenses his ideas into manageable mouthfuls. Beyond that, however, you can head over to the Headway library to read a 15-minute summary of the book. Without fail, you will get the same filling experience you’d expect with reading the full volume.

Now, read on to learn the different categories that Bythell writes about.

You find insufferable people everywhere. They are usually the first to put up their hands in class, ask long winding questions during lectures and show up for office meetings laden with PowerPoint videos. Apparently, these sorts of individuals also show up in bookshops. Bythell claims that they belong to the genus Peritus, otherwise known as experts.

In a bookshop, you’d identify them by how generous they are with unsolicited opinions. Generally knowledgeable on certain subjects, they let no minute pass without informing others, including other ‘innocent’ shoppers, of this fact. Unsurprisingly, they are also boring, although this escapes them a majority of the time. 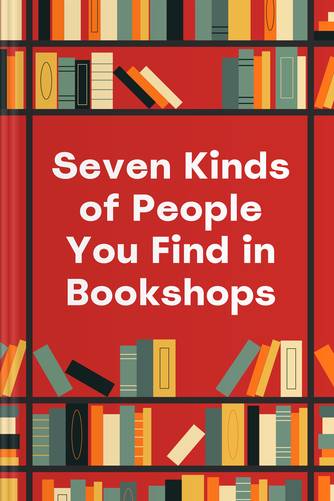 Not all of them are offensive, though. Some of them can be quite helpful with advice and tips about books—not in the condescending manner most adopt, anyway. In this class, the antiquarian book collector deserves exclusive mention. They spend their lives dedicated to the search for rare books. This avails them a wealth of knowledge on whatever area they are interested in.

For some reason, millennials have latched on to the idea that visiting a bookshop, their young families in tow, is cute. So, it is not unusual to find a young family of exhausted parents and restless toddlers make their way into a bookshop. This group, Bythell refers to as familia Juvenis (Young Family).

Under this heading, the author paints the picture of four families. The first is the exhausted family: parents who would do anything for a bit of respite to read a book. The other is the abandoned child —a phenomenon that he explains is fairly common and hence deeply worrying. In his explanation, Bythell states that parents often leave their children in book shops to attend to other activities outside the shop. The next is the aspirational family, parents looking to raise precocious children through any means necessary. For this group, the author admonishes that “four-year-old Tarquin does NOT want to read War and Peace“, exposing the often ridiculous lengths parents go to make their children appear cultured. Finally, he talks of the book-loving children.

You’d be surprised to learn this, but occultists visit bookshops. According to Bythell, they are always on a search for books on magic, anything that promises enlightenment or a glimpse of the underworld. One common thread is their lackadaisical attitude towards hygiene or dressing. According to the author, “[p]erhaps, once you have convinced yourself that you are a master of the dark arts, or that you can speak to the dead, you are entitled to adopt a fairly cavalier approach to washing and communicating with the living.”

Occultism, as used here, is a loose term that includes tarot readers, dark artists, and conspiracy theorists. The last group spends a great deal of time, energy, and money to fuel their theories. If you run a bookshop, you certainly must have run into Holocaust denialists.

The next group the author talks about is the loiterers. They lounge around the bookshop, looking committed and intentional about doing nothing. In some cases, they are really busy, loitering usually being their own way of avoiding detection. People in this category are more than often going through the erotica section of the bookshop, according to Bythell.

Then some loiter idly in a bookshop, simply bidding time till their bus arrived or their prescription was due.  Similarly, bored spouses of eccentric book lovers loiter, moving aimlessly around as they wait for their spouses to be done with their purchases. One common thing with all these individuals is that they appear relieved and almost grateful when you engage them in a conversation. It suddenly gives them something to do — which often inadvertently reveals that they had no intention of purchasing a book in the first place.

In this category, Bythell talks about those who come in, use the books, and leave, all without making any payment. For the “bearded pensioners” found in this category, they simply use maybe a map, return it and head on out. However, there are others who are intentional about not paying for services they use. They are the misers.

The sixth category is the “not-so-silent travelers”. People in this category go through different lengths to make sure they stand out. They hence adopt certain characteristics and mannerisms, which are usually mildly off-putting and other times downright offensive. In most cases, they are oblivious of their effects on others. For instance, there is hardly any reason, other than ignorance or self-absorption, that would make someone whistle continuously in a bookshop. The same question can be posed about farters or sniffers, all people found under this group.

Specifically for the tutter, a subgroup found in this category, the author feels deep angst. He says that it appears as though “the tutter emerged from the womb with an immediate air of disapproval and opprobrium”. Thus, they specifically enter the bookshop ready to argue and disagree with everybody. For this sort of person, no price is fair enough, no service is stellar, and finding something to complain about is the way they get by in the world. As expected, they aren’t favorites of booksellers.

The final group Bythell discusses in Seven Kinds of People You Find in a Bookshop are the family historians. Folks in this group are forever analyzing their family trees, looking for something remarkable to brag about. Bythell takes a jab at Americans when he declares that they are often the only ones in this category. History-crazed, they go through lengths to prove that they are really Scottish, as though, declares Bythell, that being American is not enough.

You most definitely did not think there were these many categories of people cruising the hallways of a bookshop. Well, Bythell introduces you to this fact. Seven Kinds of People You Find in a Bookshop is lighthearted and funny, revealing the (sometimes acerbic) wit of the author. The good news is that you can head over to the Headway Library to read concise summaries of this book. Who knows, you could find a description matching you in the book’s pages.

Making your habits work for you