Do you feel like you entirely belong to your community? Do you enjoy knowing that you are respected as a human being by other people? If your answer is yes, then you are a lucky one. There are millions of people out there who live differently and dream about sharing your feelings. Asians are among them.

The summer of 2020 was marked by the rise of the Black Lives Matter movement after George Floyd’s homicide. But there has been another issue that still lasts and is silenced, just like people at the center of it. COVID-19 catalyzed the outbreak of hundreds of hate crimes directed to Asian-Americans of any heritage.

As these hideous events continue, Headway expresses deep respect and support to Asian communities everywhere. This article is dedicated to raising awareness of racist and xenophobic cases that peaked in the United States and Europe lately. Listening carefully to Asian people’s experiences and learning about how you can make a difference is essential, especially during such times as we live through.

Are you ready for some eye-opening facts? Then let’s start. 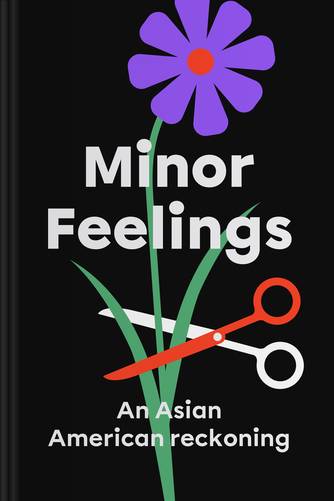 In 2020, an award-winning writer and poet Cathy Park Hong published her first non-fiction book Minor Feelings: An Asian American Reckoning. It consists of seven essays based on her own experiences as a Korean woman growing up in the USA. The tricky part of this autobiographic narrative is that most Asian-Americans have faced the same obstacles and feelings throughout their lives.

Cathy Park Hong unfolds that back in times, she felt like nobody sees her, that her Asian identity wipes her out of other people’s picture. And in many ways, it’s true. For years people from the East were underrepresented in media and pop culture. Or even worse, they were pictured often dressed in stigmas and stereotypes, demonized, standing in a shadow. A good example would be the one Hong gives in her book. Many Asian people, especially from China, built roads and railways in the United States in the 1800s. However, nobody ever credited them for it. Years later, the government issued the Act that banned Chinese from entering the country. Seems like the modern term ‘ghosted’ would better apply to these people’s experience.

Jacks of all blames

Fear and hatred are similar to a force of nature. Wild and uncontrollable, it covers people like a huge wave, leaving nothing but damage and harm. For years Asians went under attack for things they haven’t done, or simply for just looking different from Europeans.

The upsetting statistic shows that anti-Asian hate crimes have risen since the outbreak of coronavirus. Many people went under attack in America and Europe for allegedly bringing the virus to other countries. Although COVID-19 originated in China, people of different eastern backgrounds have been harassed and abused, and many Asian-owned businesses suffered from different kinds of vandalism.

And if you think that there has never been anything similar back in time, you are wrong. In Minor Feelings, Cathy Park Hong describes riots in Los Angeles that ruined Koreatown in 1992. Till now, this area hasn’t entirely recovered from those terrifying events. But even before that, in 1871 and 1877, Chinese communities were assaulted in Los Angeles and San Francisco, respectively. Similar stories happened throughout the 20th century. Ironically enough, California has the highest number of Asian residents in the United States, with a population of almost 6M people according to the latest data. It makes up about 16% of the overall population of Golden State. And still, knowing these facts, it takes so little for some people to start making Asians guilty for everything, and even more.

Kids of no childhood

It is challenging for adults to experience racism, so one can’t even imagine how complicated it is for a child to face discrimination. Cathy Park Hong’s parents moved from South Korea to the United States in the second half of the 20th century, marked by an increased immigration wave from the East. Thus, many people share Hong’s childhood memories as a first-generation American.

She confesses that she doesn’t remember anything happy about the time when she was a kid. Living with this realization has given her the urge to create the most joyful girlhood for her daughter. Minor Feelings provides a reader with some profound insights into how miserable a little kid can feel neglected by society, getting to know what envy is from an early age. And what’s most important, having no sense of their own voice. Guess everyone would agree that no child deserves to grow up like this, yet somehow the narrative changes so slowly that we can barely notice any difference.

Equality is also a human right, just like liberty and security. An there is one simple yet fundamental fact about this right — there is no justice unless there is justice for all. If you believe in a peaceful and bright future for us as a humanity, then showing support and understanding to people of all ethnic groups is the most straightforward way to achieve it.

Terror nightmare: how to change the world because it can’t wait any longer