The 44th American president, Barack Hussein Obama, has the record of being the first Black man to occupy that position. Primarily, American presidents and their families live a somewhat secretive life, especially while in office. Thanks to democracy, several American presidents have post-office memoirs to their names. However, few have offered a no-holds-barred view into the life of an American first family like the Obamas. Hence, the couple’s performance on these memoirs speaks for itself; they are by far the bestselling presidential memoirs ever.

You have as much to learn from Michelle’s Becoming as you do from Barack’s A Promised Land. Consequently, these two books overlap on some interesting subjects. They are a compendium of narrative about what makes Michelle and Barack Obama such lovable personalities.

Distinctive perspectives of the Obamas

Michelle Obama’s Becoming hit the markets in 2018 and was immediately ranking amongst the bestsellers. On the first day of release, her book sold circa 720,000 copies in Canada and the USA. This sale accounts for all audio, e-book, and hardcover copies of the Becoming title. Her husband’s A Promised Land surpassed this record with close to 900,000 on the first day of release. The sales record makes Barack’s book the all-time best memoir in the history of America. The pre-sale anticipation and purchase of the two books indicate how much love the people have for this couple. 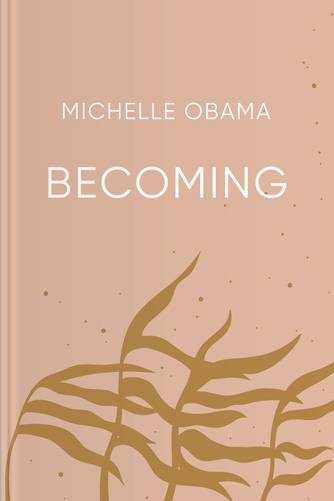 “A Promised Land” is less a personal memoir than an unusual sort of history, one recounted by the man at the center of it, a man who seems to be observing himself in action…”

Barack’s memoir is more of a retrospective self-examination of his time in the White House. The narrative of an ex-president of the United States playing the devil’s advocate, in his book, is a rare one. You’ll read Barack testify on one page of how well a political maneuver turned out. Then, a few pages afterward, he berates himself for allowing some crisis to get out of his control. The common trend with autobiographies is for writers to roll out a scroll of all their thankworthy achievements. Barack gives his readers a front-seat view of his life from childhood in Miami to his multi-faceted experiences of the White House. 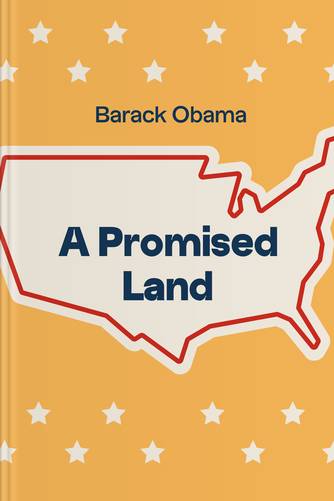 “Here, then, is an overwhelmingly decent man giving an honest account of himself. It is now normal to preface any public figure with the word “flawed,” but who isn’t flawed?”

While Barack’s book revolves around the USA’s political health, Michelle narrows down on the individual in Becoming. She lays a plot of her private and public life, before, during, and post-presidency. The book does not just speak of a one-time FLOTUS; Michelle made readers understand how she won a protracted battle with impostor syndrome. Her time in the White House assisted her in carving for herself a befitting identity.

Michelle’s Becoming resonates better with women; but is a good read for anyone on a self-discovery course. An account by a lawyer, mother, American citizen, and many more.

“For me, becoming isn’t about arriving somewhere or achieving a certain aim. I see it instead as forward motion, a means of evolving, a way to reach continuously toward a better self. The journey doesn’t end.”

5 Things Michelle and Barack’s memoirs have in common

Michelle and Barack’s memoirs intercept in many aspects, which is not surprising of a synchronous couple. However, hereafter is some notable things that the Obamas memoirs have in common, beyond their relationship.

1. Michelle and Barack’s memoirs intercept in many aspects, which is not surprising of a synchronous couple. However, hereafter is some notable things that the Obamas memoirs have in common, beyond their relationshipIn 2017, Penguin Random House won the bid to publish the autobiographies of the Obama couple. In a deal worth over $65 million, there has yet to be a greater payout for a presidential memoir. The agreement with the publishing concern, however, involved donating books worth a million dollars to minority children. This contractual clause, included on request by the authors, is a sign of the compassion that drives the couple towards adding values.

“Now I think it’s one of the most useless questions an adult can ask a child—What do you want to be when you grow up? As if growing up is finite. As if at some point you become something, and that’s the end.”

2. The Obama family breaches the bounds of race, status, and political affiliation in their book. This is a couple who individually, and in unison, endeavors to preach what they conceptualized of America. Winning the presidential elections was probably a mild surprise for Barack and Michelle. However, there’s no doubt of their coming prepared. This exceptional couple built their core values with faith in the great potentials of a united American community all their life and career. Barack mainly shares details of his mother’s influence on how he saw people of other races and status. The two titles showed two personalities that were ready to be many things to many people.

“I resolved the lingering questions of my racial identity. For it turned out there was no single way to be Black; just trying to be a good man was enough.”

3. Both books are interesting and are vivid reports from individuals that are pretty self-critical. Barack is quick-witted at sharing facts and bringing an idea to light through various perspectives. Becoming preaches the fearless and relentless persona of Michelle in a rather somber manner. Perhaps it has something to do with the law practice. The Obamas do not shy away from acknowledging the scale of their achievements so far. Nonetheless, they are neither too proud to admit their faults, even in books that will gain readership worldwide.

“This may be the fundamental problem with caring a lot about what others think: It can put you on the established path—the my-isn’t-that-impressive path—and keep you there for a long time.”

4. The Obamas’ memoirs have a down-to-earth narrative that allows a ray of hope to shine through to the commoners. This openness gives the average American a feel of what it’s like to be the POTUS or FLOTUS. The two books are like a cheering song urging many folks to forge towards achieving the impossible.

“The truth is, I’ve never been a big believer in destiny. I worry that it encourages resignation in the down-and-out and complacency among the powerful.”

5. “Becoming” and “A Promised Land” is by no means the only literary success of the Obamas. They both have other titles to their names before the memoirs. Barack is the author of two other New York Times bestselling titles: “Dreams from My Father” and “The Audacity of Hope.” Likewise, Michelle has two other well-rated titles before Becoming; they are: “American Grown” and “Michelle Obama in Her Own Words.”

“To be known. To be heard. To have one’s unique identity recognized and seen as worthy. It was a universal human desire, I thought, as true for nations and peoples as it was for individuals.”

America is a long way from the ideals that Barack Obama paints in “The Promised Land.” His occasional submissions during the Trump administration further emphasizes this. Nonetheless, the vivid realities of his and Michelle’s memoirs are undeniable. Thus making the books a notable feat in the history of US presidents, in scale and impact.

The Headway library offers petite reads of the lengthy Obama treatises, and several other enriching titles.

How to break the stereotypical ice as a woman in business