Have you found it challenging to have a firm grasp on the essence of life? Do you find yourself struggling to cope with the technological shock of dealing with multiple innovations? Perhaps you are even starting to doubt your ability, identity, and overall competency. Well, stress yourself no further, as we have just the answer.

An Associate Professor of Psychology, Dr. Norman Li, has named the concept behind the earlier mentioned challenges as ‘evolutionary mismatch.’ Homo sapiens developed through several years of adaptation – millions in fact – to the early ages’ innovations. In his 21 Lessons for the 21st Century, Yuval Noah Harari has the perfect tips to help you adapt to an ever-changing world.

The Headway app has several titles that would help you perform at your maximum potential. Read on as we assess some actionable tips for subsisting in the 21st century.

Keeping up with technological innovations

It is almost as though we slept one night only to wake up to what we have learned to call the Information Age. It is a season in which the wielder of big data is king. The dilemma then becomes being able to keep sane as an individual under the vast weight of data available via the internet. The workplace is equally experiencing a severe crisis as recent industrial innovations make job-security a mirage.

“The merger of infotech and biotech might soon push billions of humans out of the job market and undermine both liberty and equality.”

There are various educational experts’ recommendations that people should foray into learning technological skills. Currently, relevant capabilities like computer programming, data mining, video editing, etc., are taking the front burner as high earners. At the moment, AI may lack learning subjective people skills, which would be essential for its future uses. However, the technological future already boasts of multiple innovative creations that can do many 21st century jobs better than any human can. Hence, as complements of technical ones, learning people skills may be the hack to career success and fulfilling life—at the moment.

Some global scale issues bring concerns to the average man’s heart in every corner of the earth. Global warming surfaced in recent years, and the fear of nuclear annihilation has been around since the 1960s. However, these are issues that earthlings cannot solve through the efforts of one or a small cluster of nationalities.

Tech moguls like Mark Zuckerberg and Elon Musk have suggested solutions they believe are best to solve our global problems. For example, Zuckerberg proposes mending the rent fabric of society using his social media platform. Simultaneously, Musk is looking to colonize Mars to anticipate the impending nuclear destruction looming over planet earth. These few examples illustrate how much effect technological innovations have on global politics.

There is also the issue of racial integration.  Nations with booming economies are attracting migrants of various cultures. Hence, the search for a greener pasture leads to a convergence of different races at commercial hubs worldwide. Immigration is at its all-time high, and people are beginning to settle in climes with cultures and values different from their own. In the case of American Negros, servitude was not their choice. However, technology has made the Black Lives Matter movement a global phenomenon. 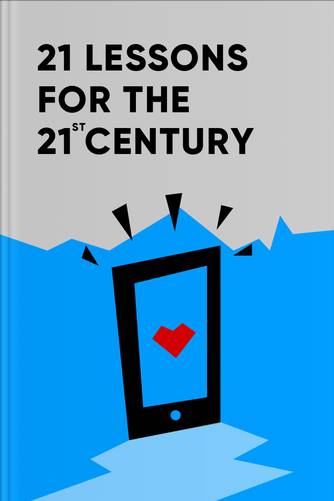 21 Lessons for the 21st Century

“Terrorism is both a global political problem and an internal psychological mechanism. Terrorism works by pressing the fear button deep in our minds and hijacking the private imagination of millions of individuals.”

Terrorism and war are no longer as devastating as they were some centuries ago. Though those two vices remain resident evils, they merely pent up political anxieties. The bridging of the global communication gap makes news available on the go. Consequently, the slightest terrorist attack in a remote village of Congo or the all-too-common war threats of Pyongyang is quick to make the news. Such ubiquity of global reports makes crime seem at an all-time high.

War is less profitable than it used to be during the colonial era. Terrorism claims mostly a handful of lives, often at dire costs to the assailants. However, with the climbing of national military budgets and the development of nuclear weaponry that could fall into the hand of rich terrorists, there is always a cause for concern.

“We should never underestimate human stupidity. Both on the national and collective scale, humans are prone to engage in self-destructive activities.”

One surefire remedy to folly’s problem while wielding military and technological power is humility. We need to dispel our claim of infallibility in scientific knowledge and military power. It’s that simple. On an individual scale, the counsel takes this form: “don’t try or claim to know it all,” and a happier life will come your way.

The fleeting nature of truth

The Information age is characterized by almost everyone hopping on the internet to air what they claim to be an expert opinion. It, forthwith, takes a high level of intellectual insight and critical thinking to dispel some online information as false or half-truths.

A professorship in an academic specialty is not enough to protect you from falsehood in this age. The earlier you acknowledge your knowing lesser than you think, the better.

Figuring out the modern world with ease

“Humans were always far better at inventing tools than using them wisely.”

Your efforts to influence 21st-century civilization’s trajectory may yield nominal outputs. But it is possible to make your life and overall fulfillment a better one. You can harness the many innovations that technology has to offer productively. But alas, it makes work more comfortable and helps you maintain healthy relationships. You can develop the best relationships imaginable in career and family life.

To achieve serenity with yourself, loved ones, and the universe, it becomes essential to meditate, self-discover, and make the best of life. Understanding the mechanisms of how human adaptability to change affects your life is very vital.  The Headway app avails users of several enriching titles to help you live above the wave of anxiety peculiar to the 21st century.

Yuval Noah Harari has crafted quick shots for survival that you cannot afford to miss in 21 Lessons of the 21st Century. The short attention span of the 21st century may deny you the time to read the entire volume. But Headway’s rich collection of book summaries may well qualify for the 22nd Lesson. Each summarized title is a 15 minutes read of life-enriching content. Try them out today; it’s okay to say thank you later!

5 Ways of Silencing the Inner Critic