The fight for human rights has always echoed across the gallery of human history. Agitations against slavery took the front burner towards the end of the colonial era. Then came the movements against discrimination of certain groups in a supposedly free society. In more recent times, the waves of the Black Lives Matter movement ripples across the globe. Meanwhile, there has been little attention given to the plight of women, particularly black women.

Hood Feminism does not just discuss gender inequality but is more particular about the minorities. It is a given that women are marginalized in the community, workplace, and family. However, black women are at a more significant disadvantage in the hands of racial and gender discrimination.

The untold stories of black feminism

“A white woman has only one handicap to overcome – that of sex. I have two – both sex and color. Colored men have one – that of race.”

Women and girls from the Caribbean, Africa, and India after World War II started the unofficial Black Feminism movement in the West. This movement had a focus on eradicating white supremacy, patriarchy, and discrimination in all forms. At their peak, these movements by colored and black women constituted a significant force in the general struggle against injustice.

There was a time when all races, and genders, rose to protest against bad governance. Other occasions saw black and colored folks agitating to be treated similarly as the Whites. The Montgomery bus boycott of 1955 is an excellent example of those. Then, at a point, women of all races raised a collective voice against gender discrimination. Amidst all these is the black woman’s voice, drowned in the ever so many shouts of agitation. Over the years, several literary compositions discuss the dual handicap of race and color. But, Mikki Kendall in her book, Hood Feminism: Notes from the Women that a Movement Forgot, gives a vivid impression of what the world holds for the black woman and other minorities. 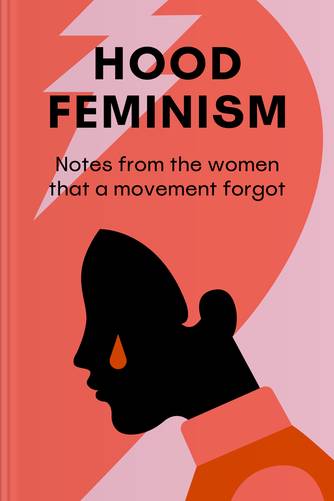 Black feminism and its loudest proponents

“True community is based upon equality, mutuality, and reciprocity. It affirms the richness of individual diversity as well as the common human ties that bind us together.”

The Black Feminism struggle in America started as early as the 19th century. Going by the prevalent realities of slavery at the time, the then black feminists were more particular about abolishing slavery. The concern for emancipation took the front burner relative to laying claim to equality with caucasian counterparts. Slaves like Sojourner Truth attained freedom by escaping from the Southern United States to the more liberal North. There, Truth started a movement for social justice for the black and colored Americans suffering discrimination.

In the 189os, black families were beginning to tend their farms – away from forced labor on white plantations. However, many of these black families still lacked the societal benefits enjoyed by whites. Anna Julia Cooper became the fourth black woman to be awarded a doctorate. Cooper became a facilitator of the first YMCA and was the first significant writer on the black feminism theme. She did this by raising her voice for black women in the book – A Voice from the South.

The poster girl of black feminism

Mikki Kendall took the feminism conversation to a whole new pedestal. In Hood Feminism, she points out the many faults and inconsistencies that have made societal equality an impossibility. Kendall maintains that the violence, maltreatment, and discrimination against women make it necessary to pay attention to their emancipation. At first glance, others may see Kendall’s opinions as calling out white feminists and liberals. But after perusal of her work, one cannot help noticing how she emphatically exposes the many faults of modern feminism. The following are some of the areas in which women have different experiences and require specialized attention from feminist movements.

In effect, Kendall opines that there is a need for prioritization for feminism movements to gain influence across the board. There is imperative to attend first to the sex worker, transgender, hijab-donning, uneducated black woman, and similar minorities. It then becomes easier to address sexism’s prevailing vices.

“The most realistic approach to solidarity is one that assumes sometimes it simply isn’t your turn to be the focus of the conversation.”

Rising to the task for gender equality

“A [black] woman has the same kind of problems as other women, but she can’t take the same things for granted.”

The Black Feminism discussion reveals several other disadvantaged minorities among the womenfolk that needs emancipation from societal oppression and discrimination. The Feminism movements as a whole require a total revamp. There is a need for modern feminism to prioritize and focus on the woes of women. Lending attention to other causes like quality education for the girl child, a commensurate living wage, medical care for trans women all should lead to better treatment as a woman.

The struggle has been long coming, and black women are not caving in. Initiatives of global organizations like the United Nations help to shine a spotlight on the ails of women. However, even beyond these valiant efforts, emancipating women should get more attention globally.

To educate yourself and understand the real goals of feminism, visit the Headway library to read summaries of Hood Feminism and similar titles.

“If it is not a fit place for women, it is unfit for men to be there.”

Yes, you can! Top 5 books to read before the International Women’s Day

You don’t own me: 5 books for empowering mothers

How to Break the Stereotypical Ice as a Woman in Business