There is hardly anyone worldwide with internet access and a social media account who can claim not to have come across the #BlackLivesMatter hashtag. A US movement opposing police brutality and discrimination against  American blacks has gravitated into a front challenging all social vice forms. Fans of mainstream sports like soccer, car race, tennis, and basketball will most certainly know one or two things about the Black Lives Matter protests. ‘The kneeling’ observed before every English Premier League game, for example, indicates how far-reaching the effect of the Black Lives Matter protests have gone.

The movement was initiated in 2013 by Alicia Garza, Patrisse Cullors, and Opal Tometi, as a sequel to the acquittal of one George Zimmerman, who was involved in the death of a teenager — Trayvon Martin. The incident that led to Trayvon’s death occurred some 17 months earlier in Florida. The protests that greeted Zimmerman’s acquittal received negative reviews from the average American and subsequently lost ebb and popularity.

In mid-2020, the Black Lives Matter Movement revived after the circulation of a viral video showing the maltreatment of George Floyd in the hands of local police. The inhumane treatment and subsequent death of Floyd gave birth to a global uproar. An acclaimed 26 million people (of mixed race) participated in the 2020 Black Lives Matter protests in the United States alone, in contrast to the traction experienced in 2013/14.

The Black Lives Matter movement structure is largely decentralized into pockets of groups in the different municipalities of the United States. This unique structure is first of its kind and has become the subject of various books and scholarly articles. Protesters also took the initiative of taking advantage of the rekindled embers of camaraderie to bring up old and recent cases of racism, human rights infringement, and police brutality.

Steps Toward Unravelling Racism in the 21st Century

With the global integration which the boom of technological innovations has brought to the world, some considerable education about the realities of racism becomes expedient. Here are some steps we need to take as individuals and a community to effect a transformation in the worldview of our society and the social justice system.

Take it to the roots!

Members of a mostly racist community are wont to excuse themselves with the ‘well, I’m not racist’ narrative. Scholars like Ibram X. Kendi opines that most people involved in racial discrimination don’t even see themselves as racist. In his book, How to Be an Antiracist, Kendi believes that racism is deeply ingrained in the roots of society; it subconsciously passed on to the coming generation. Kendi’s book is a self-critical approach to guiding racist out of the dilemma of their inferior social foundation, so he says:

“I wanted to model for people what each and every one of us can do and should do in terms of how deeply critical we need to be of ourselves.”

Let the chain of the racially discriminative culture you grew up to know as the norm end with your children. Work on yourself first, then be an excellent example to your wards. 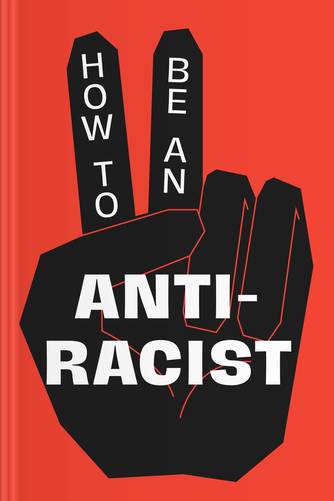 How to be an Antiracist

Having a thorough understanding of what racism is not and what it is will be a moment of truth for many who have subconsciously and ignorantly been pro-racism. The first thing you have to understand is that just as Ijeoma Oluo says in So You Want to Talk About Race, “It is about race if a person of color thinks it is about race”.

The best way of confirming our status concerning the racial discussion is to get informed and afterward get into the self-critical mode. Remaining ignorant or acting indifferent while voting for policies that may not be racist on its surface but fuel inequality across racial lines is not enough. Just like the standard applied to crime, ignorance will not be accepted as an excuse.

You may then ask: ‘How do I get information on racism without having to listen to some biased bigot at the pub?’ Start by actively and liberally reviewing the submissions of individuals at the forefront of racial justice advocacy. Consider whether the defenses you’ve put up all along for your “not racial” actions or inactions will stand under intense scrutiny.

You may also want to study. Nothing reveals prejudices the way knowledge does. A great place to start is Why I’m No Longer Talking to White People About Race by Reni Eddo-Lodge. This book tells a riveting tale about racism, examining its different nuances and collectively capturing black men’s experiences.. This could be the lens to view your actions.

Highlight the Racial Inequalities and Discrepancies

As an individual, identifying the various instances where inequalities spring up across racial lines will help you see the aggressive tendencies subtly perpetrated against people of color.

For example, such inequalities could come in the form of ‘unofficial’ bottlenecks that make access to top-notch education outrightly impossible for black children. Thus, giving non-Hispanic white children an advantage. In So You Want to Talk about Race, Ijeoma Oluo examines the pertinent issues relating to the injustice racial minorities face in the United States. In the chapter on educational disenfranchisement, Oluo deftly handles the various instances where blackness is weaponized to deny African Americans their due right to quality education.  The racial gap experienced in education is just one example; the range cuts across several communal life sections and cohabitation. 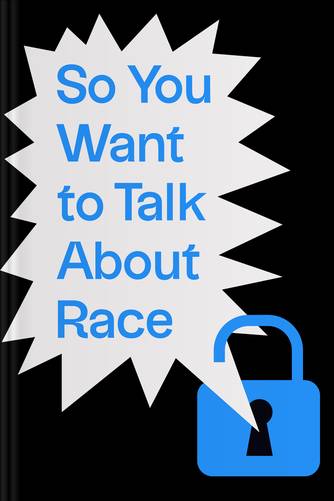 So You Want to Talk About Race

Go Beyond the Surface in the Antiracial Crusade

Within racially discriminated groups, some strata — say gender, ethnic, or even religious — are known to be more advantaged than others. Kendi strongly argues in this direction. With his knowledge of historical racism, he mentions in How to Be an Antiracist how members of a common racial caste are treated differently. There are some cases where racists treat female Native Americans no better than a Black-American male, or when a Muslim European is treated differently based on religious identity. So, it becomes crucial to understand that racial discussion goes beyond being white or black.

Leading a massive procession of peaceful protesters or becoming loquacious for the racial cause at every public gathering would likely be too much to ask. But, to get off the fence of indifference, it becomes necessary to affirm your antiracist leanings. Volunteer in your little capacity, append your signature to petitions that support policies that will pull down ‘racial walls,’ and when you have the opportunity—speak up for the racially oppressed.

Kendi also recommends using every rightful opportunity and position of authority to change racist policies in any setting where they manifest, be it school, work, or government.

Get Ready for Reprisal Attacks

Good reads like Why I’m No Longer Talking to White People About Race, by Reni Eddo-Lodge and So You Want to Talk About Race, by Ijeoma Oluo will give you a good view of the backlash you are likely to get as a vocal antiracist.

In credence to the backlash, Eddo-Lodge says in her earlier cited book that:

“They’ve never had to think about what it means, in power terms, to be white, so any time they’re vaguely reminded of this fact, they interpret it as an affront.”

Racists will want to give a narrative of their not being among the slave drivers of the 18th Century or not being members of the Klu Klux Klan. A common mechanism of exoneration used by racists is to use your racist ideas as a weapon against you – by claiming to be victims of unnecessary aggression. Be ready for such and similar feedback. 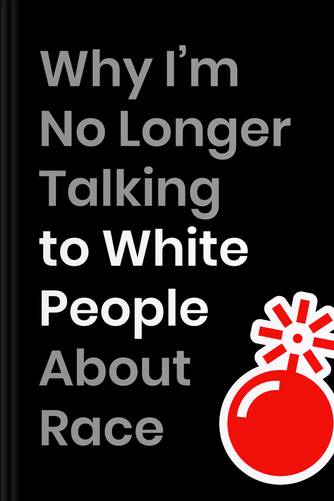 Why I’m No Longer Talking to White People About Race

The collective actions that various individuals have decided to take in the US, Europe, and across the globe have created a new normal. The Black Lives Matter movement is a testament to the transformation. With the integrated connectivity availed by the Internet and social media, every life, voice, and action is starting to have a more far-reaching effect than could have been achieved by great activists like Martin Luther King Jr.

Terror nightmare: how to change the world because it can’t wait any longer

Mental health vs. COVID-19: how to keep calm during pandemics