A vast majority of us tend to avoid uncertainties. We prefer predictable stuff. For example, investors go for stocks that return a steady dividend. Likewise, with the advent of sophisticated technologies, agriculture booms on the data generated from weather predictions. Being on top of our game at every turn is the hallmark of human strivings, so much that we try to predict every single event before they occur. And just in case you’ve not heard, prophecies of the earth heading for doomsday are yielding practical efforts. To salvage human life in retrospect, at least one company is actively working towards populating Mars by 2050.

Nassim Nicholas Taleb is a mathematics academic, former financial trader, and theoretical novelist who dispels the fear of probability as a life passion.

The not-so-obvious influence of randomness in everyday life

“It certainly takes bravery to remain skeptical; it takes inordinate courage to introspect, to confront oneself, to accept one’s limitations— scientists are seeing more and more evidence that we are specifically designed by mother nature to fool ourselves.”

Nassim Nicholas Taleb on ‘The Courage of Montaigne

Security — comforting ourselves with the belief that we call the shots — is a ubiquitous trend among the human folk. Acknowledging the presence of uncertainties is not a problem. However, a little credit goes to probability in the outcome of life occurrences. Why? An almost heretic tag has been assigned to everything uncertain, particularly concerning success.

“This is the central illusion in life: that randomness is a risk, that it is a bad thing…”

In Fooled by Randomness: The Hidden Role of Chance in Life and in the Markets, Taleb makes it a point to expose the far-reaching influence of chance in our everyday lives. He shows how happenings that seem entirely predictable have hidden manifestations of improbability.

“Such confusion crops up in the most unexpected areas, even science, though not in such an accentuated and obvious manner as it does in the world of business. It is endemic in politics, as it can be encountered in the shape of a country’s president discoursing on the jobs that “he” created, “his” recovery, and “his predecessor’s” inflation.”

Fragilistas is the moniker Taleb ascribes to persons who are overly confident in how much they control luck. However, he also acknowledges the necessity of hard work, strategy, and predictions for success to manifest.

Some of the concepts put forth or explained by Taleb, in a bid to demystify the elusiveness of randomness and uncertainty, are as follows:

Fooled by Randomness treats probability as pure skepticism towards our cock-sureness about a widely established body of knowledge. This is somewhat like Galileo’s uncommon poise about ‘the flat earth,’ against the widespread opinion of that time.

Another concept is the bias with which we often portray favorable outcomes after they manifest. For example, NASA will likely claim all credit for a successful space mission. This is regardless of the fact that their scientists, engineers, and astronauts’ calculations and predictions were sandwiched with various uncertainties in reality. 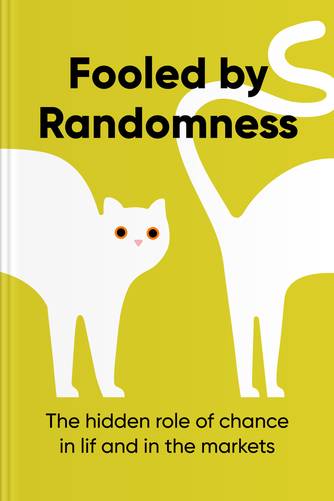 The symbolism of Taleb’s black swan

“A Black Swan is a highly improbable event with three principal characteristics: It is unpredictable; it carries a massive impact; and, after the fact, we concoct an explanation that makes it appear less random and more predictable than it was. The astonishing success of Google was a black swan; so was 9/11.”

Taleb describes ‘black swans’ as phenomena that are “unpredictable, rare, and catastrophic.” Recently, he criticized journalists for erroneously referring to the coronavirus outbreak as a ‘black swan.’ His reason? Unlike the peculiarities vividly explained in The Black Swan: The Impact of the Highly Improbable, Taleb affirms that the COVID-19 pandemic was predictable. Taleb had earlier predicted the coronavirus’s risk in a co-authored writeup, long before it became a global threat.

“A small number of Black Swans explain almost everything in our world, from the success of ideas and religions to the dynamics of historical events, to elements of our own personal lives.”

Events that fall within the category of a black swan, according to Taleb, determine the direction which life takes. Examples of technological Black Swans are the computer, the internet, and the laser. To steer the boats of our lives logically, irrespective of subsequent waves initiated by occasional ‘black swans,’ Taleb suggests the following:

“I propose that if you want a simple step to a higher form of life, as distant from the animal as you can get, then you may have to ‘denarrate,’ that is, shut down the television set, minimize time spent reading newspapers, ignore the blogs. Train your reasoning abilities to control your decisions. Train yourself to spot the difference between the sensational and the empirical.”

Taleb believes following this suggestion will increase an individual’s likelihood of getting a whiff of the future’s predictability.

Prediction, not narration, is the real test of our understanding of the world.

“You may not change the world but can at least get some entertainment and make a living out of the epistemic arrogance of the human race.”

As things are, it is straightforward to get lost in the sea of chaos and disorder. However, it is possible to ride the waves, coming to a successful finish. The ‘priest of probability’ recommends the following in his seven-book compilation – Antifragile: Things That Gain from Disorder.

1. Honing the benefits of shock

Being ‘antifragile’ to opposing events and situations makes an entity better than they were. Taleb analogizes this evolution by explaining the muscles’ changes when exposed to the rigors of exercise.

As a matter of historical fact, most of today’s naturally abiding systems are the ones that have evolved in the face of shock. Just like our body enjoys health when it becomes antifragile to the stressors of exercise.

2. Maximizing the potential of antifragility

Antifragility has a particular property of allowing us to deal with the unknown, to do things without understanding them—and do them well. For example, “Technology is the result of antifragility, exploited by risk-takers in the form of tinkering and trial and error, with nerd-driven design confined to the backstage. Engineers and tinkerers develop things while history books are written by academics; we will have to refine historical interpretations of growth, innovation, and many such things.”

Taleb preaches stoicism towards sophistication. He says: “Less is more and usually more effective. Thus, I will produce a small number of tricks, directives, and interdicts—how to live in a world we don’t understand, or, rather, how to not be afraid to work with things we patently don’t understand, and, more principally, in what manner we should work with these. Or, even better, how to dare to look our ignorance in the face and not be ashamed of being human — be aggressively and proudly human.” 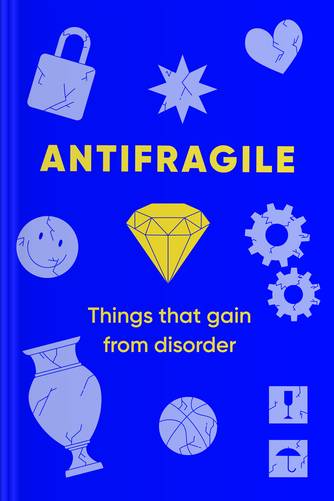 Care to eliminate your reservations about how helpful rightly harnessed uncertainty can be? Nassim Nicholas Taleb is no bore — writing with an acute sense of humor. He passes on his ideas to readers in a light-hearted manner that makes it seem like you have an intellectual discussion with a friend. Summaries of the following books by Nassim Nicholas Taleb on the Headway library provides you with necessary insights about the probabilities of life:

The pathway to effective thinking

Mastering self-growth in a modern world